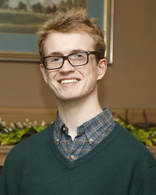 ALEXANDER MOORE CHIPMAN
Alexander Moore Chipman has been attending Westminster since 1989. Since his completion of his master’s degree in Human Development Counseling in May 2018, he has been employed as an Outpatient Counselor at the Locust Street Resource Center in Carlinville.  He enjoys helping others, including those in his faith community. Alexander enjoys spending time with family and his rescue dog, Rock. He is an animal advocate and has a variety of interests, including listening to music, dancing, bowling and traveling with family.
​ 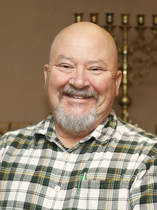 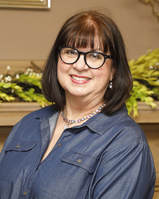 MEG KONTIO
Meg Kontio currently works in the Guidance office at Springfield High School.  She retired from 20 year career in retail management with a major American specialty retailer and direct marketer of women’s clothing before relocating to in 2008.  She is married to Jim Kontio.  They are the parents of twins, Collin and Claire.  Meg enjoys card making, cooking, traveling, the arts and her dogs!  She attended the University of Akron where she received her degrees in Marketing and Business Management. 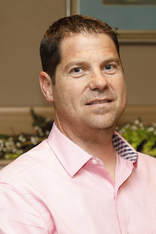 BRAD MILLIMAN
Brad Milliman is the owner and operator of a local commercial and residential remodeling company.  He is married to Kate Milliman.  They have three children, Jack, Luke and Elle.  Brad enjoys golfing, running and spending time with family.   Brad received his B.S. in Business Administration from N.I.U 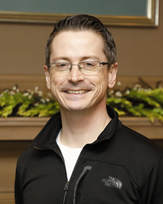 KEVIN SIMONSON
Kevin Simonson was born in Springfield in 1969 and raised in Chatham.  He holds degrees from Southern Illinois University at Carbondale School of Art and Design and the University of Illinois at Springfield Computer Science Department.  He is presently employed as a Programmer for the State of Illinois and lives in Springfield with wife of 22 years Angela Mitchell-Simonson and daughter Olivia (11).  In a thought experiment in which spare time is a real thing, in his spare time he is an amateur guitarist, synthesist and percussionist. 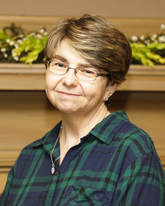 SUZIE SPADA
Suzie Spada  is retired from the State of Illinois, Department of Revenue where she has been employed for over 31 years as an auditor and administrator.  She is married to Tom Spada.  She has two step-daughters and three step-grandchildren.  Suzie received her B.S. degree in Business Administration from the Illinois State University. 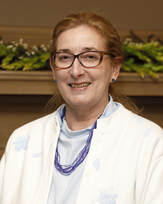 CHERYL WHITE
Cheryl White is a retired RN who recently retired as Chairman of Volunteers at Illinois Presbyterian Home after serving 16 years in this position.  She is married to Neville White, MD.  They have two grown sons and six grandchildren.  As an active community volunteer, she was instrumental in bringing the Operation Snowflake program into District 186 public schools.  She has served Westminster in the past as an Elder and as a member of the Strategic Planning Committee.  Cheryl is a graduate of The Johns Hopkins Hospital School of Nursing and Sangamon State University. 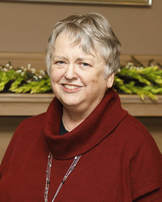 KATE WILSON
Kate Wilson is a retired educator and piano teacher.  She and her late husband Dennis have two grown daughters.  Her daughter Sally sings each year for our Christmas services.  She served as Westminster’s librarian for years, sings in the Choir and is one of our mission knitters.  Kate has also been a Stephen Minister at Laurel United Methodist church and served as a mentor to young students and women at the Mercy House.