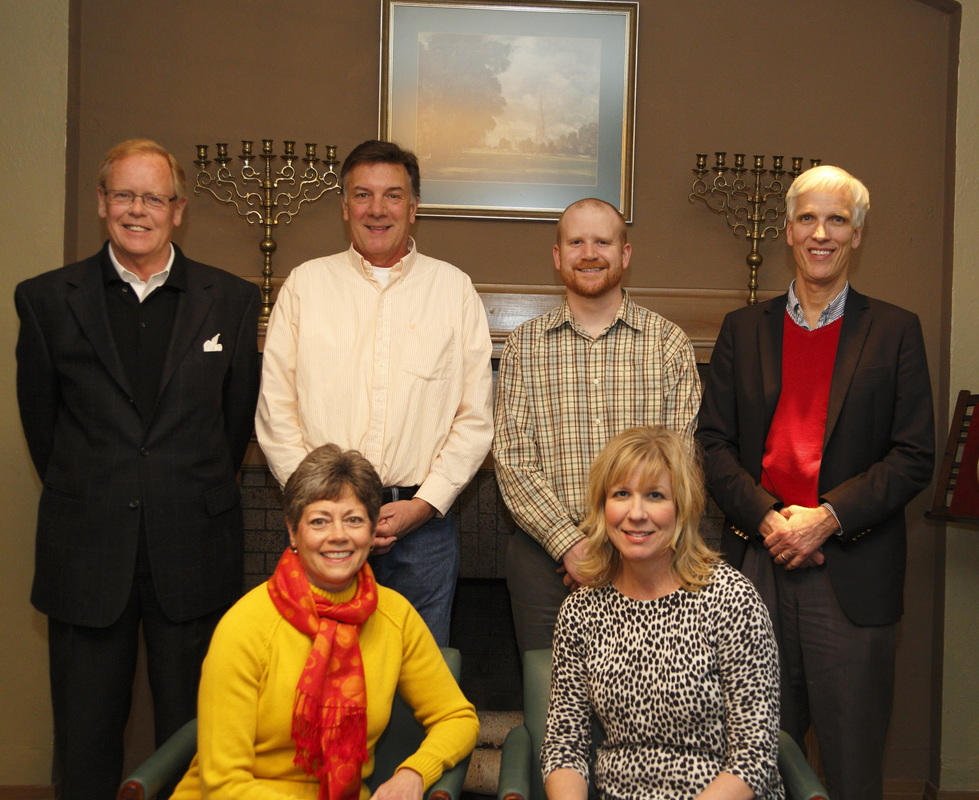 ADAM EKSTEDT is a radioactive material inspector at the Illinois Emergency Management Agency. Adam is married to Chelsea Ekstedt. They have a son, August. Adam enjoys playing his guitar and learning new songs. He also enjoys fixing things around the house.  Adam received his B.S. degree in chemistry from Northern Illinois University. He is working on accumulating time and training to complete the American Board of Certified Health Physicists Exam.

BECKY HUSTON  is the Manager of Invest in Illinois at the Illinois State Treasurer’s Office.  Becky is married to Todd Huston. They have three daughters: Gabi, Reese and Harper. Along with her service to Westminster, Becky is involved in the Rural Development Board and Habitat for Humanity.  Becky attended Illinois Central College.

DR. PETER KIEFFER is a pediatric emergency physician at St. John’s Hospital in Springfield. Peter is married to the Rev. Dr. Blythe Denham Kieffer. They have a son, Paul, who is a junior at Hope College in Holland, MI. Peter is involved with the Environmental Care Team at WPC.  Along with his service to Westminster, he serves on the Springfield Mayor’s Bicycle Advisory Council.  Peter received his B.A. degree in chemistry from Yale and his M.D. from Washington University.

WELLS LANGBEHN is a retired insurance broker. Wells has a daughter, Amy Elizabeth, and many grandchildren and great grandchildren.  Along with his service to Westminster, Wells has been involved with the American Business Club (1969-74) and the American Red Cross (30+ years), serving as a chairman from 1994-95.  Wells received his B.A. degree from Dartmouth College.

VALERIE LEONATTI is a retired reading teacher (grades K-5) in the Chatham schools.  Valerie is married to Dave Leonatti. They have two daughters, Alena and Lauren.  Valerie volunteers for Lincoln Memorial Garden as a grounds worker, in the WPC Children’s Library, and in WPC’s Sunday school.  She enjoys gardening, traveling, cooking, and reading.  Valerie graduated from Illinois State University.

EMMA SHAFER (youth) is a junior at Springfield High School. She is involved in band, drama club, JSA, speech and acting team, French club, and the fall play and spring musical. She will be the 2016 director of the fall play. She is the PR person for Active Creative Tech Theater (ACTT). She plays oboe, saxophone, and piano. Emma is thrilled to serve as a youth deacon!
​
BRAD STELLER is a retired Amtrak passenger agent.  Brad is married to Krista Steller. They have two daughters, Erin Steller and Dr. Elizabeth Knoedler. Brad’s volunteer activities include Caregivers, CROP Walk, and WPC’s Bridges Midweek Fellowship group.  He enjoys golfing, cycling, landscaping, and college sports. He is also a home do-it-yourselfer.  Brad received his B.S. degree in liberal arts from the University of Illinois at Urbana-Champaign. He is a former president of the Union Lodge.

TRAVIS VOGLER is a commercial banker at Wells Fargo Bank.  Travis is married to Shauna Vogler. They have three children, Talen, Eli, and Alina.  Travis attended Nebraska Wesleyan University for his undergraduate studies. He received his Master of Accountancy degree from Southern Illinois University at Edwardsville.  He is also a CPA.