RICH CANADY
Rich Canady is a retired engineer from Illinois Dept of Transportation. He has a B.A. degree in engineering from the Missouri School of Science and Technology. He received his M.A. in office administration from Sangamon State University in Office. Rich has served previously as an elder and deacon, enjoys playing hand ball at the YMCA, volunteers for Compass, and is on the Property Committee.

BUD GREEN
Bud Green is a retired engineer. He has worked at AT&T as a supervising engineer and the Commerce Commission as Chief Engineer. Bud met his wife, Melanie, at U of I and married at First Presbyterian in Champaign. They have 2 grown children and enjoy being grandparents. Bud has served as a deacon previously, been the chairman of the Governor’s Prayer Breakfast, he went on a medical mission trip to Haiti, loves to travel, and is a big U of I fan. Bud doesn’t have the stereotypical engineer personality. He enjoys meeting people, helping others, and loves to talk to everyone (too much, according to Melanie)!

ALYSSA HAAKER
The daughter of Anne and David Haaker, Alyssa Haaker grew up in Westminster and served as a youth Deacon in high school.  Her undergraduate  degree is a BS in biology from Florida Southern College.  She received her JD from Southern Illinois University School of Law and is currently working at Sangamon County Assistant States Attorney in the Civil division.  Alyssa enjoys traveling and currently serves on the Board of Trustees at Hoogland Center for the Arts.

BECKY MCDONALD
Becky is a caregiver for children in her home. She attended SIU at Edwardsville.  She is married with four adult children and is the loving grandmother of six children. Becky enjoys singing in the Westminster choir, reading, and gardening. Her grandmother and mother were both deacons at the Presbyterian Church in Highland, IN. 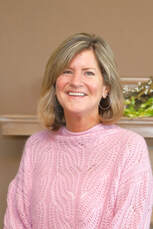 JULIE PITTMAN MCDONOUGH
Julie Pittman McDonought has worked in the Sangamon County Clerk's office for 27 years. She received her B.A. degree from Depauw University. She is married to Jim McDonough. Julie’s mother, Jeanne, has been a member of WPC for 49 years. Julie has previously served as a Junior League member, was a member of the Old State Capitol Art Fair Board and the Springfield Ballet Company Board.  Julie loves traveling, reading, theatre, cooking, and music.

MIKE SUNDQUIST
Mike Sundquist retired from the Social Security office after 30 years. He received his B.A. from St. Cloud State University. Mike and his wife, Julie, have been married for 45 years. They have two adult children and 6 grandchildren.  Mike enjoys volunteering in the community, playing golf, and attending all their grandchildren’s school and sporting activities.

BRINTON WILKEY
Brinton Wilkey has worked for Xerox in sales for 40 years. He has a B.A. from Illinois Wesleyan with a degree in English. Brinton is married to Susan. They have three college aged children who are attending UIS, University of Alabama, and George Washington University. Brinton has served the boards of The Boys and Girls Club and the LPGA Tournament in Springfield, a past president of the American Business Club, and was the head coach for the Springfield Rams youth football for many years. He enjoys music, history, and sports of all kinds (except soccer and hockey.)