RANCE CARPENTER
Rance Carpenter is retired for the second time from the University of Illinois at Springfield as the director of the graduate school intern program.  Prior to that he worked for the Illinois Department on Aging as a bureau chief.  He has a bachelor’s degree in Political Science from Illinois State and a master’s in public administration from UIS.  He is married to Ellen Carpenter, our Parish Nurse.  They have two children: Lindsay, a civil engineer in Indianapolis, and Lucas, who is in Springfield working at the Department of Revenue. Rance has one grandson, Nolan Young.  Rance is a child of Westminster and currently volunteering for Compass for Kids.

LINDA CHRONISTER
Linda Chronister is a fifty year member and married to Grady Chronister, whom she met in Columbia, Missouri where she graduated from Stephen’s College and the University of Missouri with a bachelor’s degree in journalism and a master’s degree in business administration. They moved to Springfield where Grady founded “Qik-n-EZ.”  They raised their three daughters at Westminster, Wendy is now an attorney in Chicago, Julie is a doctor in Psychology in San Francisco and Amy is full time mom and volunteer in Decatur. They have five grandchildren. Linda is an artist and has served on numerous boards in the community and at Westminster. 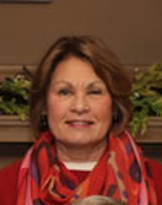 KATHY GERMERAAD
Kathy Germeraad grew up at WPC and is a 50 year member.  She and her husband Randy, who is Executive Chairman of Springfield Electrical Supply Company, have two children, Scott who also works for Springfield Electric, and Carrie who lives and works in Chicago.  They have four grandchildren: Declan, Merrin. Verity, and Isla Germeraad.  Kathy earned a B.S. in Education from the University of Missouri in Columbia and taught elementary school for 5 years.  She is an active volunteer within the community and recently served as chair of the Community Foundation Board.  Kathy has also served as an elder, Sunday School teacher, choir member and currently volunteers at Compass for Kids at Westminster.

NICHOLE MAGALIS
Nichole Magalis is Vice-President and Member Advocacy for the Illinois Health and Hospital Association.  She is a graduate of Illinois College and married to Matt, who is chief of staff for the Department of Transportation.  They have two children, Samantha and Carter.  She has served as an elder and deacon.

BRAD STELLER
Brad Steller is retired from 37 years in railroad work and a graduate of the University of Illinois.  He is married to Krista Steller, and they have two daughters, Erin who is a chiropractor in Chicago and Elizabeth who is a dentist in Springfield.  They have two grandchildren, Brice and Camille Knoedler.  Brad enjoys golf, bicycling and jazz.  Brad serves on Westminster’s Earth Care Team and volunteers for VBS. 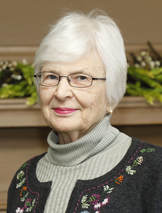 MARTY STUTZ
Marty Stutz is a former French and English teacher and a graduate of Beloit College in Wisconsin.  She is married to Alan Stutz, who is a retired radiation oncologist.  They have three children, Julie who is an attorney in Chicago, Amy who is an attorney in Atlanta and Mike who is a physician in Chicago.  The also have 10 grandchildren.  Marty joined WPC in 1972.  She and Alan enjoy bicycling, tennis, and travel. 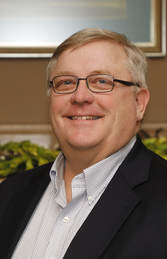 MARK VASCONCELLES
Mark Vasconcelles is the owner of Vasconcelles Engineering and a graduate of University of Illinois. He is married to Cara, a medical doctor specializing in Internal Medicine and Pediatrics.  They have three children, Emily who graduated from Butler in 2013 and is applying to PA school, Ryan who is a graduate of Mizzou and is preparing for the MCAT exam and Adam is a freshman at University of Illinois. Vasconcelles family enjoys snow skiing.

WILL WRIGHT
Dr. Will Wright is a retired veterinarian and graduate of the University of Illinois.  He joined WPC in 1970 and has been involved in professional veterinarian medical boards over the years including serving as Adjunct Professor at SIU School of Medicine.  He has three children Mark, Cheryl and Christopher.  He is an avid fisherman and enjoys travel.  He has visited 12 countries since his retirement.
AVERY POUND (YOUTH ELDER)
Avery Pound attends Springfield High School. His family has been attending Westminster since moving to Springfield in the 1990’s from Tennessee. Avery is the Student Council President. He loves all things Springfield High, plays baseball and golf, and loves spending the rest of his time outdoors or on his family’s farm.